The world when robots replace the human force is not only happening in Hollywood movies. It’s getting more and more real.

On Sept. 17, 2018, Amazon launched its fourth cashierless store in Chicago called Amazon Go. On the same year, another store with similar technology, JD.ID X-Mart also opened up in Pantai Indah Kapuk in North Jakarta. Unlike Amazon Go, which is US-based, the store in Jakarta belongs to a retail company based in Beijing, China.

This kind of stores use Artificial Intelligence (AI), Face Recognition, and Radio Frequency Identification (RFID) to operate their systems. Although we can identify them right now, it is only a matter of time until other supermarkets start adopting this technology to replace human labors.

The AI technology is also common in the warehouse system in giant retailers like Amazon, Walmart, and Alibaba, which have benefited from using the robot for lifting, distributing, storing, counting, weighing, and packaging goods. The use of robot in hotels restaurants is also becoming a new market that continues to grow and develop. In Japan, guests of Henn-na Hotel at the Tokyo Disney Resort in Urayasu, Chiba, are served by robots who welcome them in the lobby, bring their suitcases and clean up their windows and floors.

Imagine if thousands of stores, warehouses, factories, hotels, and restaurants then all adopt robots, how many workers and employees will have to be fired and lose their jobs?

While such a high efficiency can lead to a more significant profit and higher productivity, it might create another unforeseen problem in terms of a higher rate of unemployment and lower purchasing power. Consumption is the driving force of capitalism. Without consumption, capitalism will die. This is where the hype of industrial technology reaches an anticlimax. If this jobless future is not addressed well, then there is no sustainability in capitalism.

It is well known that the alarm will light up when a decrease in socio-economic inequality does not follow technological progress. We want to see technology continues to advance, but still keep the humans’ dignity, preventing them from falling into poverty. This is where Universal Basic Income (UBI) elbows its way as a radical idea to answer the gap between technological advancement and poverty.

UBI is known in the world with many names; Basic Income Guarantee (BIG), Unconditional Basic Income, or often also called Basic Income. They can be translated as a periodic cash payment unconditionally delivered to all on an individual basis, without means test or work requirement so that they can fulfill basic needs to live and participate in social life. Dutch historian, Rutger Bregman, said Basic Income is the basic right of every citizen regardless of their conditions — free money for everyone.

This new idea emerged because of two things. First, the wave of automation would soon become a tsunami for the working class. Second, the problem of economic inequality has become increasingly difficult to control. In the United States, for example, the combined wealth of the three wealthiest people such as Warren Buffet, Bill Gates, and Jeff Bezos is equivalent to the total wealth of nearly half the other US population.

Other proves of the more severe problems of inequality is the rising homelessness, mental health, health care, and housing is now a severe problem in the US. Many families have to live in trailers park and live nomads due to unemployment and economic pressure. Widespread political support for socialist-democrats such as Bernie Sanders and Alexandria Ocasio Cortez (AOC), for example, indicates that US citizens have lost hope in the current economic system that only enriches a handful of oligarchs.

These progressive movements demand more radical changes such as raising a minimum wage of $15 per hour, Medicare for all, free college tuition, the new green deal, and demands for UBI application. One of the Democratic presidential candidates, Andrew Yang, even openly brings up UBI as the primary policy platform in his presidential campaign. He promised to give $1,000 per month for adult Americans without any conditions. Although he claimed to be a true capitalist, he agreed that it was impossible for capitalism to survive without policies that were able to meet minimum needs.

Uniquely, UBI’s idea does not mean precisely the same as socialism. Nor is it merely continuing the existing neoliberal capitalism. It is a pragmatic way to bridge the left and right ideas together. The best analogy to see UBI as a derivative of capitalism is to liken the game of “monopoly.” In the game of monopoly, each player will be given the same amount of money by the Bank before the game starts. Similar to the universal principle of UBI, all citizens have the right to get the capital money as Basic Income to be able to participate in the market. Without the ownership of this necessary amount of money, of course, the game becomes unfair. This is where UBI becomes an extension of the capitalist system that is oriented to demand and supply where each actor can participate in the market.

Then, which part of UBI’s idea applies socialism? One of the foundations of socialism is the control of resources in the hands of the government for the welfare of its citizens. In UBI, one of the instruments and resources to carry out this policy is through Taxes. By implementing a tax system that is tightly controlled by the state, the government will have sufficient funds to pay Basic Income to all its citizens. It is not a tax on the poor, but a tax on capitalists and corporations that get increased profits from the use of this AI technology. Some of the benefits will be taken by the state and then distributed back to the citizens. The state intervention on taxes will become an integral part of UBI’s funding scheme in the future.

Of course, this debate about the “left” and “right” directions is not as simple as the game of monopoly and taxation. Many other things that make this simple-sounding idea complicated when applied. Both support groups and critics come up with arguments that are equally strong and reasonable. But whatever your solution is, the jobless future is real and has arrived. Are we ready for it?

As Nietzsche said, “The big problems were like cold bath: you have to get out as fast as you got in.”

* The writer is a Ph.D. student of the University of Missouri, a Researcher at the Indonesian Institute of Sciences (LIPI), and the Founder & Coordinator of the Indonesian Basic Income Guarantee Network 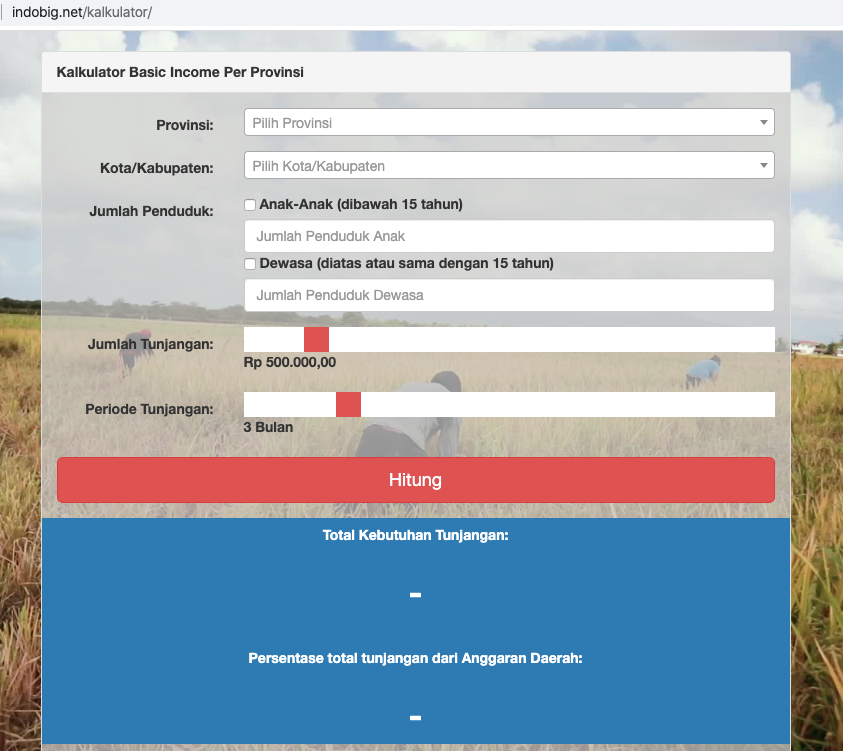 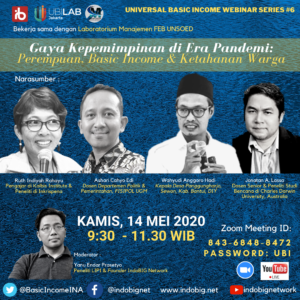 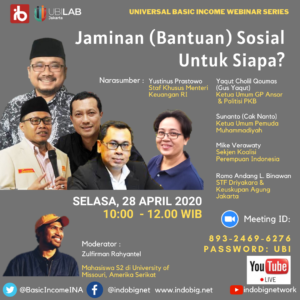 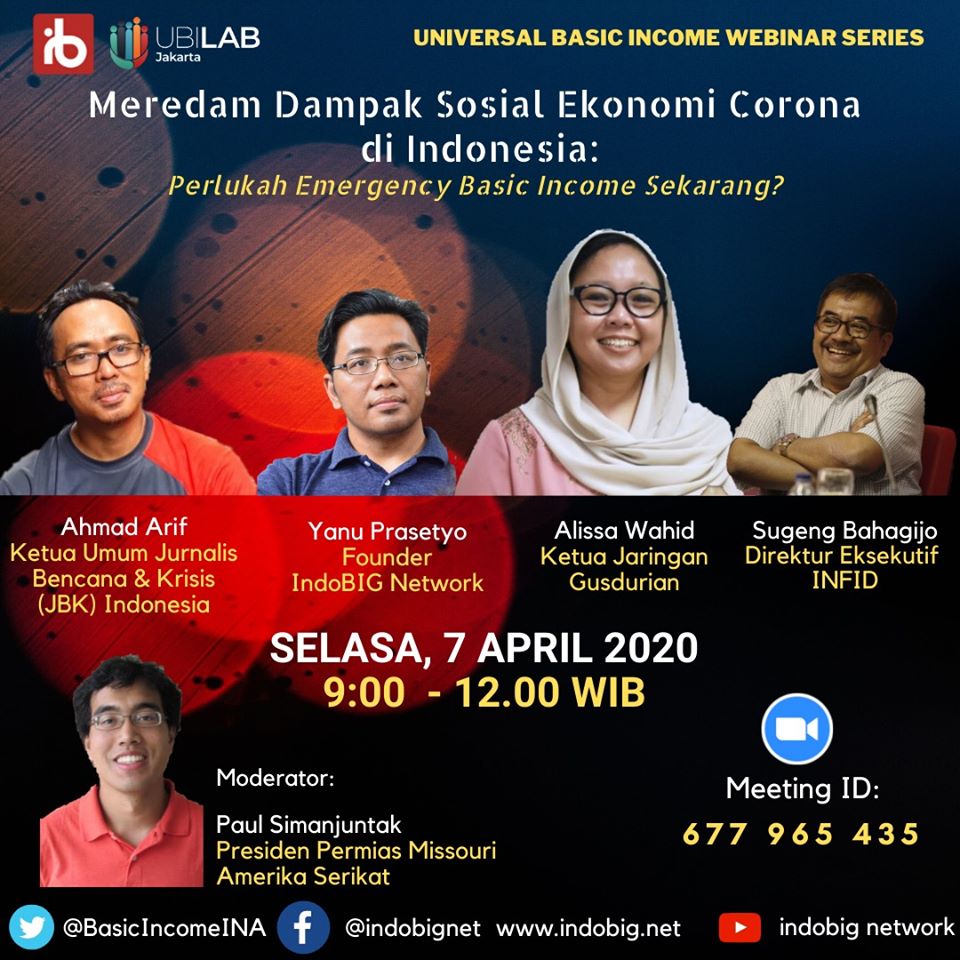 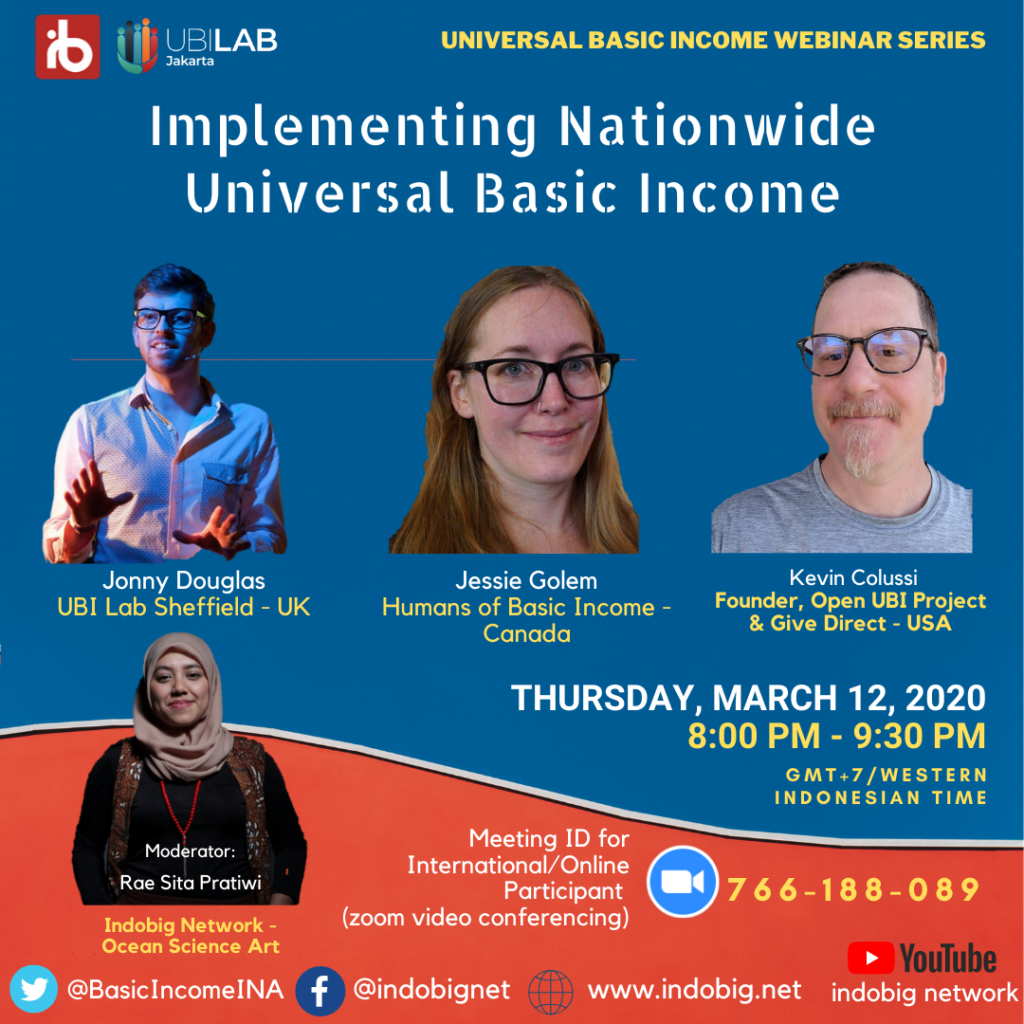 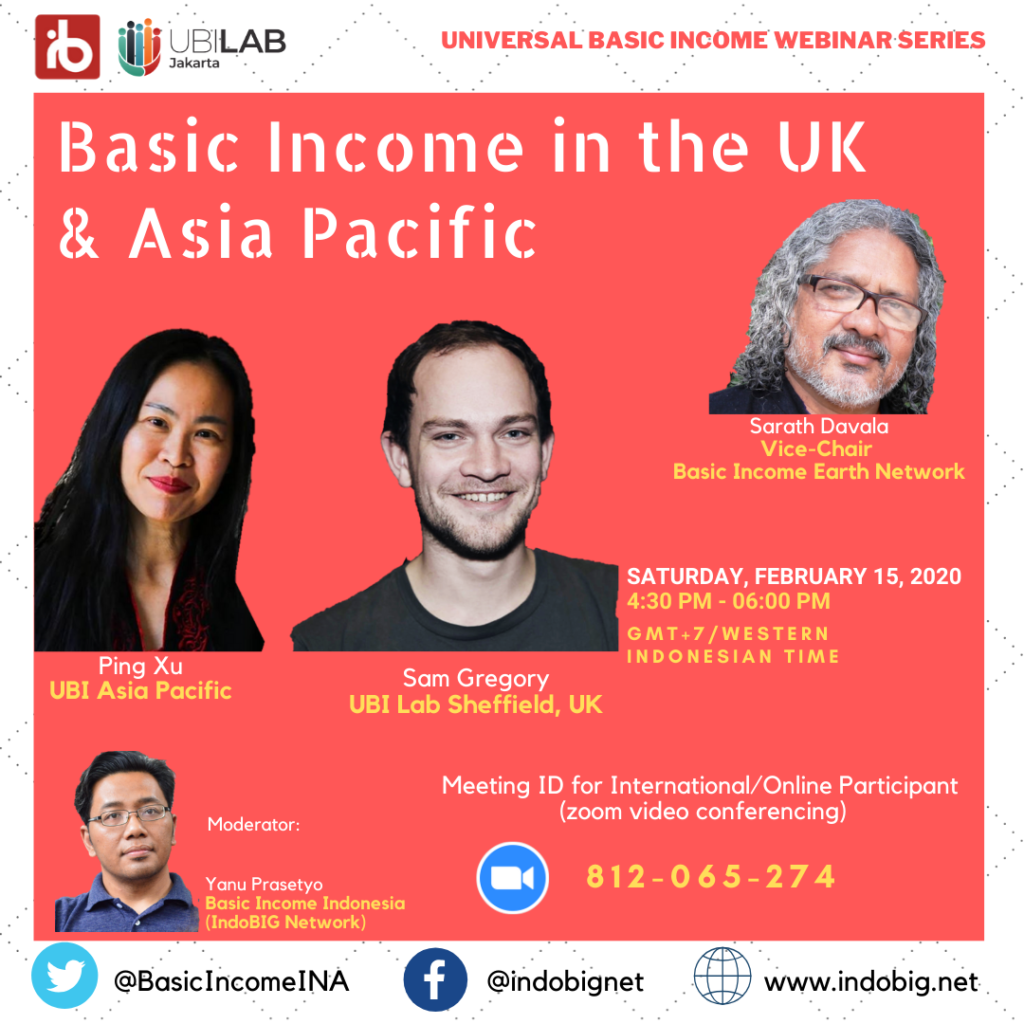 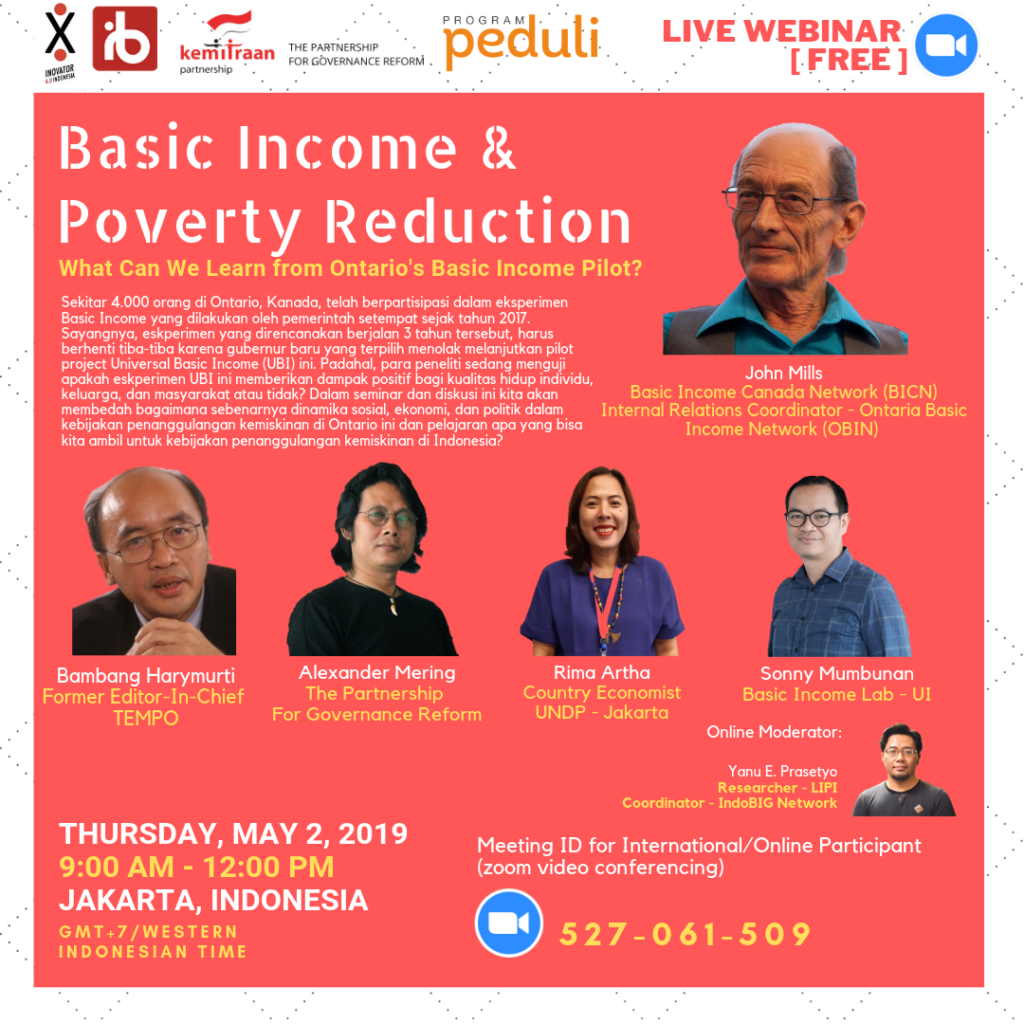 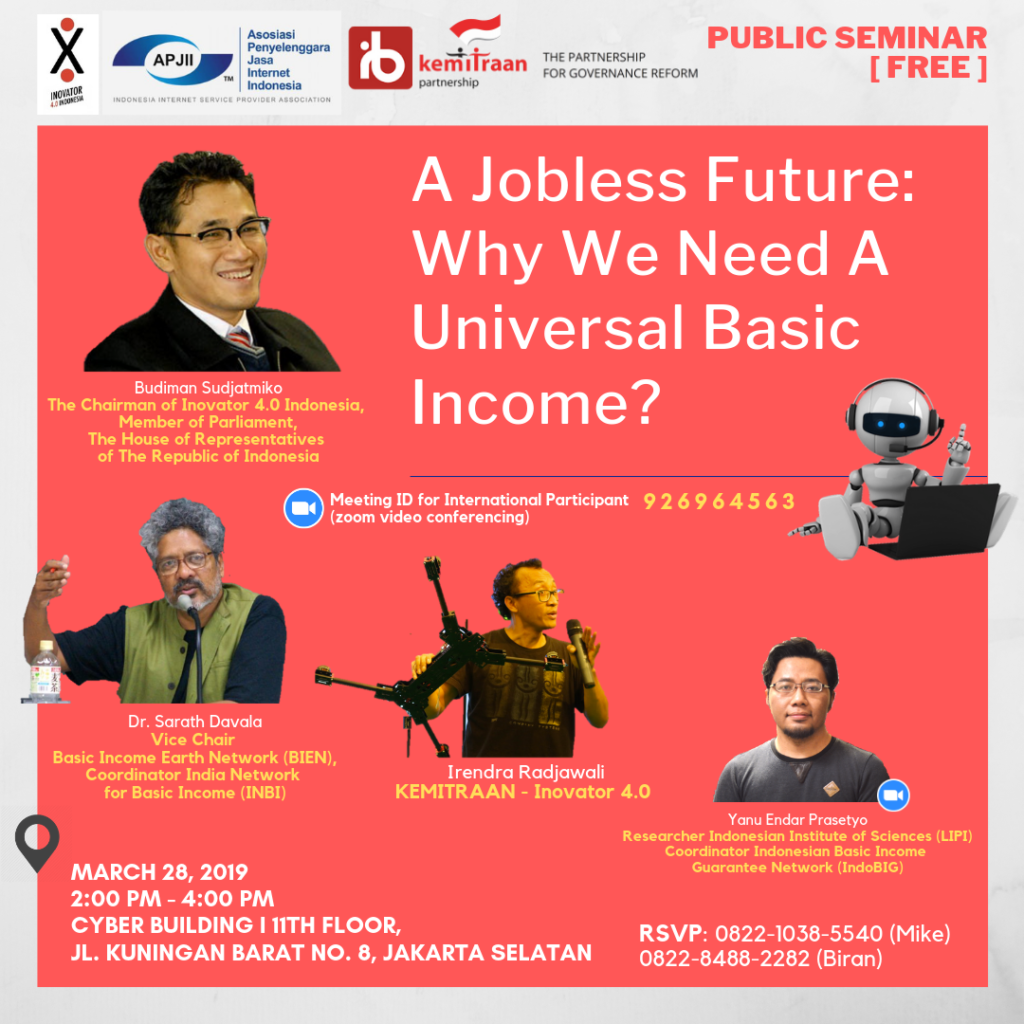 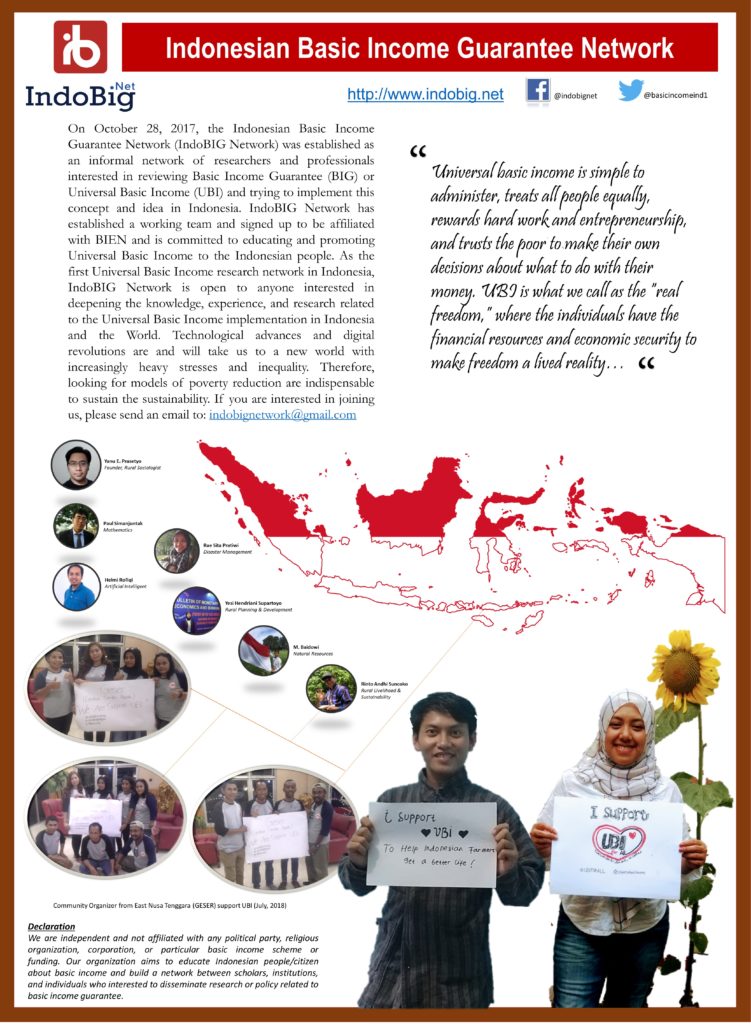 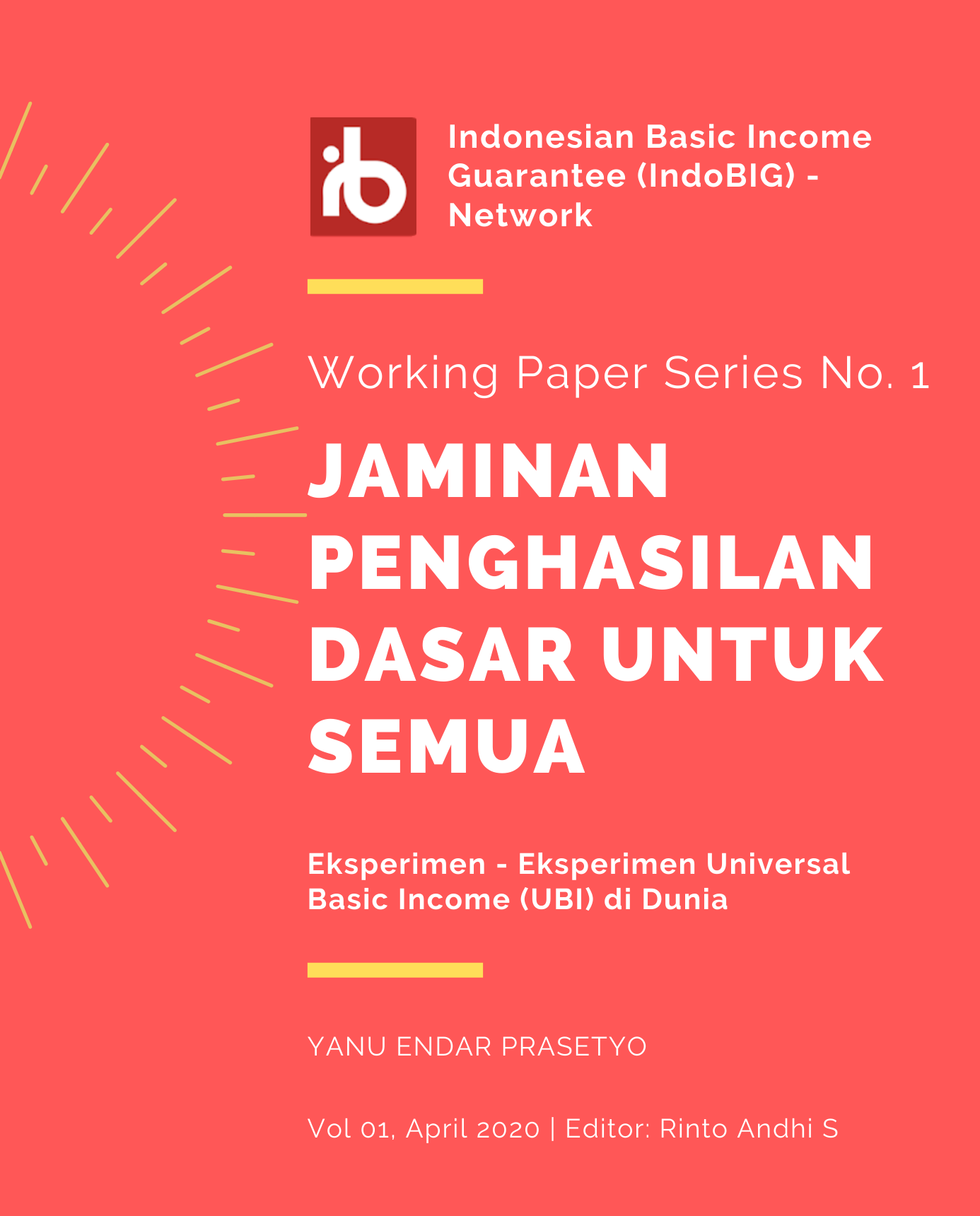